Within Glitch, spinach is a most useful vegetable, it’s very quick to grow, and is potent stuff – you can not only eat it to gain energy, but you can also activate it to trigger the High Jumper buff, which as its name suggests, allows you to jump much higher than you can normally – great for getting to those difficult to reach spots.

Spinach (Spinacia oleracea) is a green leafy plant, originally native to central and south-western Asia, but now grown around the world, having been eaten in Europe since the fourteenth century. While the smaller young leaves are popular in salads, spinach is often cooked as a vegetable, or as an ingredient in other recipes. 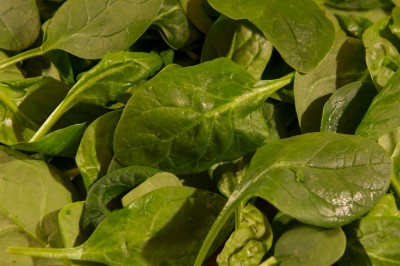 Another story of spinach that Dr. Sutton discusses in his paper is that it was this supposed extra iron that gave the cartoon character Popeye his strength. Again, this particular claim is oft-repeated, but that doesn’t mean it’s true. It turns out that Popeye really eats Spinach for its high Vitamin A content – a Popeye cartoon from 1932 makes this absolutely explicit, with the sailor saying “Spinach is full of Vitamin “A” an’ tha’s what makes hoomans strong an’ hefty”.

So, be sure never to believe anything you read about spinach. Not even this.